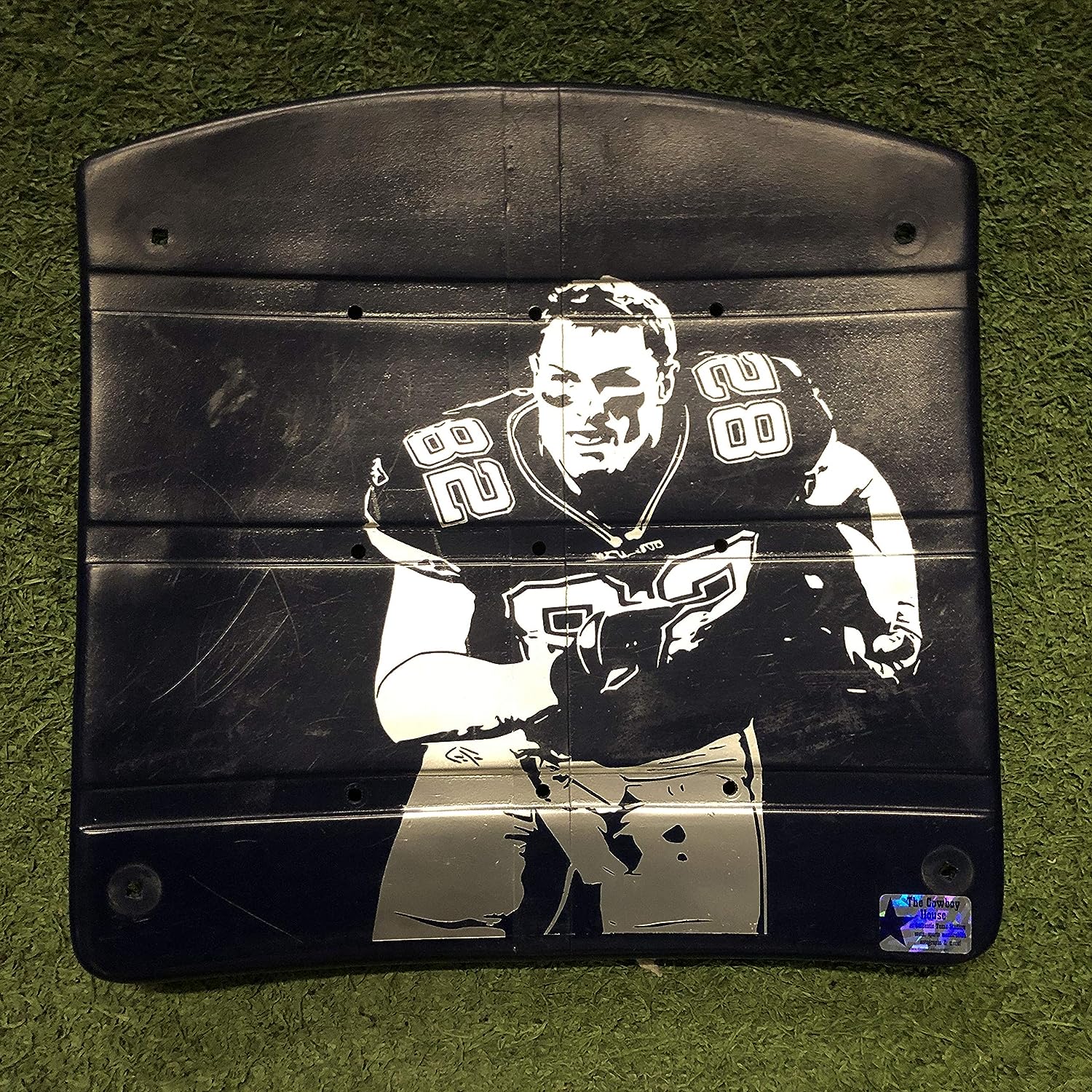 Authentic Texas Stadium Seat Bottoms featuring a painted image of Jason Witten. These seat bottoms were removed from the Texas Stadium before the demolition in 2009. There are a limited amount of seat bottoms, so buy now! Saw tooth hanger on the back so you can hang it up ion your man cave! PLEASE NOTE the seat bottom is not autographed, seat has full COA from TCH

State of the Market

Made with ❤ in Minnesota and Massachusetts